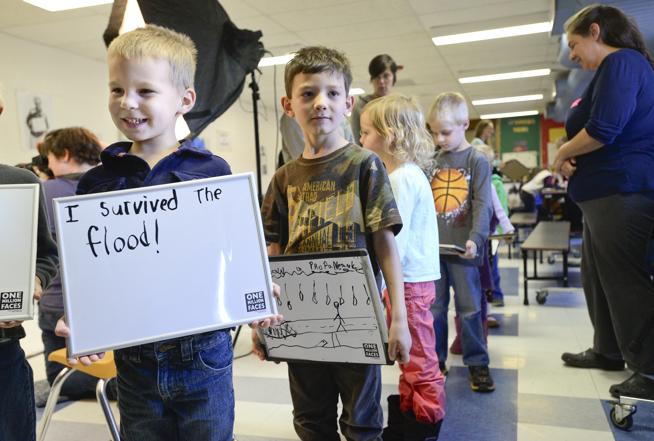 Below are the best and most recent articles on the effects of trauma on children, especially those as a result of climate change.

Thanks to an explosion in scientific research now possible with imaging technologies, such as fMRI and SPECT, experts can actually see how the brain develops. This helps explain why exposure to adverse childhood experiences can so deeply influence and change a child’s brain and thus their physical and emotional health and quality of life across their lifetime.

Today’s children will inherit a climate-changed planet. Can they handle it?

Natural disasters cause widespread destruction, economic loss, and death, leaving children to cope with the devastating aftermath. The research literature has demonstrated that children are at risk postdisaster for negative mental health outcomes, such as posttraumatic stress disorder and depression. The purpose of this review is to highlight the challenges associated with childhood exposure to severe natural disasters and to summarize the current research on clinical interventions for children postdisaster.

Children’s Play Environment after a Disaster

The Great East Japan Earthquake of March 11, 2011, together with the subsequent tsunami and nuclear power station accident, damaged a wide area of land. Children who experienced these terrible disasters and the post-disaster situation are still suffering in mental, physical and social ways. Children’s play is an activity that they undertake naturally and which can help them recover from such disasters. This paper addresses the role of play, adventure playgrounds and other play interventions, including play buses, for the health triangle, which addresses mental, physical and social issues of children after the disasters. These interventions were shown to be effective because children could express their stress.

How Trauma, Abuse and Neglect in Childhood Connect to Serious Diseases in Adults

It was powerful evidence of the connection that I had seen clinically but had never seen substantiated in the literature. After reading the ACE Study, I was able to answer the question of whether there was a medical connection between the stress of childhood abuse and neglect and the bodily changes and damage that could last a lifetime.

The play of 12 psychically traumatized children and 1 traumatized adult was studied clinically by the author. Eleven characteristics of post-traumatic play were noted: compulsive repetitiveness, unconscious link to the traumatic event, literalness, failure to relieve anxiety, wide age range of players, varying lag time prior to its development, carrying power to involve non-traumatized children, contagion to new generations, danger, art, and talk as alternative modes of playing, and usefulness of tracing post-traumatic play to an earlier trauma. The possible reasons behind these characteristics are discussed as they may relate to the general psychodynamic theory of play.

“Children will bear the brunt of these disasters,” said Gautam Narasimhan, UNICEF senior adviser on climate change. “In the short term, the most vulnerable children are at risk of drowning and landslides, deadly diseases including cholera and malaria, malnutrition from reduced agricultural production, and psychological trauma – all of which are compounded when health centers and schools are impacted,” he said.

“For a long time we were able to hold ourselves in a distance, listening to data and not being affected emotionally,” she said. “But it’s not just a science abstraction anymore. I’m increasingly seeing people who are in despair, and even panic. “

Children ought to be seen and heard. If an adult responds harshly, a child or youth is likely to internalize that to mean they are bad or the child may be reactive and respond in the exact same way. In addressing a traumatized child or youth, it is important to realize that although the trauma event or disaster might be over, change and trauma reminders could keep the events in mind.

There is an old saying in design by Louis H. Sullivan that goes, “form follows function.” Nowhere, is that truism more important than when it comes in what objects and environments that we create to support children’s play.

There is frequent comment when it comes to toys, that the best “toy” is a stick. When we put these two ideas together, an interesting observation pops up. It just may be that what makes a stick such a good toy is that is it purely functional, it supports leaves and in so doing is an essential part of the plant from which it came. That is to say; its form is pure function which imbues it with natural authenticity and integrity.

When we look at human-made toys some approach this level of “realness.” Lego blocks come to mind as having this quality, and I propose it is this simple form following function that resulted in Legos becoming the world’s most successful toy.

I will also suggest that as Lego adopted themed blocks that they veered away from this standard much to the angst and dismay of its fans. That Lego made this change as a purely business decision tells us a great deal about the state of our society.

Indeed, other toys approach this level of design integrity. Cas Holman’s work with Imagination Playground Blue Blocks and Rigamajig come to mind. The classic Red Flyer Wagon, Lincoln Logs and wooded blocks deserve mention as well. Why should we care that children’s toys and play apparatus strive to reach this level of authenticity?

When a toy is given a theme, the play narrative tends to move progressively from the child to the entertainment industry, and particularly to Disney and Marvel. We must ask ourselves what is the narrative advanced by these companies? For the most part, the stories are much the same, good vs. evil, the importance of domination and aggression and that life is a zero-sum game. The more these toys become whole systems the more the child’s interior narrative moves in these directions.

Is such indoctrination harmful to children? Ask any preschool teacher how their students behave when a new blockbuster movie comes out, and it leaves little doubt that there is a measurable impact as they struggle to purge the resulting aggressive behaviors from their programs. But far more to the point is that the child’s natural internal sense of what is right behavior is corrupted or at least temporarily diverted.

The real problem is that this is not a fair fight. The capacity of media to push forward its vision of how the world works is extraordinarily powerful and enveloping. Our efforts to help children learn compassion, empathy and cooperation must wage an uphill battle.

All this venting on my part is to add a corollary to the form follows function rule. That is this, “What is the intent of the function”? With the stick, the intention is to be part of a living system. With Super Man and the Joker, not so much.