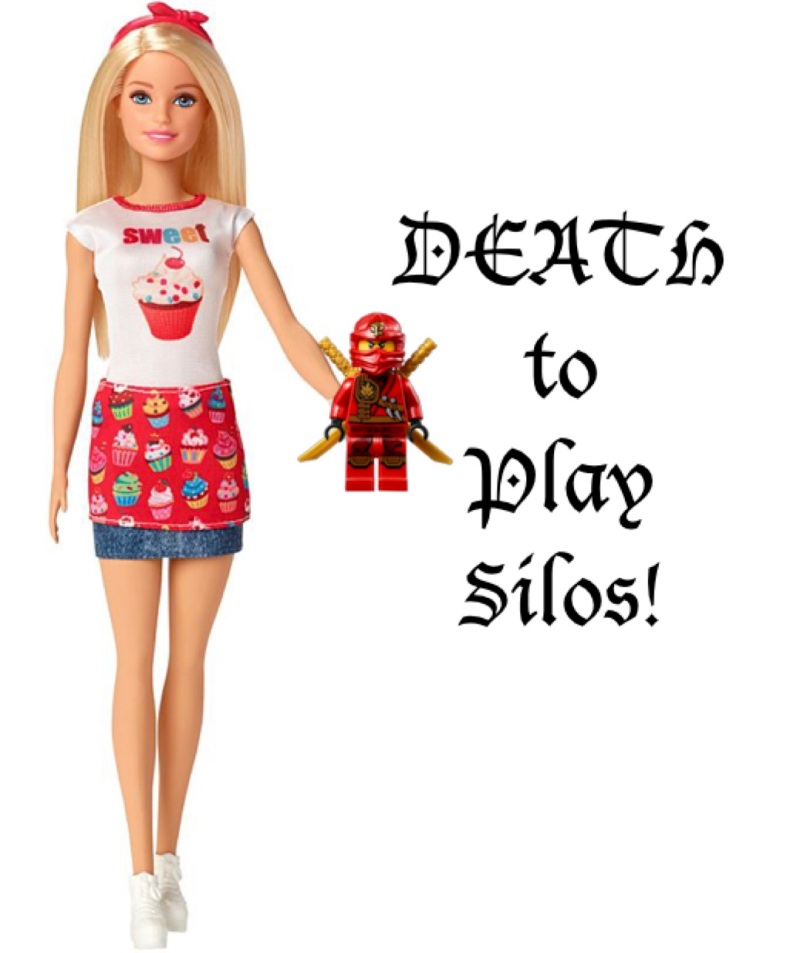 Snappy headline, right? What the heck does “Death to Play Silos” mean anyway?

First, a bit of background. The provisions we make for play basically come in two forms, toys and playgrounds. My career as a play sculpture creator has been, up until very recently, entirely in the playground side of the equation. I have found that the problem of “siloing” is rampant on public play spaces. But changing playgrounds is more complex and harder to impact than in the toy business. For that reason we’ll look at toys in this discussion.

Here’s what we mean by siloing.

A silo describes any management system that is unable to operate with any other system, meaning it’s closed off from other systems. Silos create an environment of individual and disparate systems within an organization. Siloing is the process of putting information into rigid categories.

Specifically, the toy industry is the very antithesis of an ecosystem in which everything exists in a complex network or interconnected system. For toys, this means that the ability of a child to play with, let’s say Barbie and a Lego Ninja, at the same time is never considered by the designer or producer. The result is that children’s play opportunities are restricted and the parent’s budget is strained.

The first and biggest silos have been produced by the safety standard that prohibits toys for young children that are small enough to be a choking hazard. This has created a very strong demarcation between toys for infants and todders and those for older children.

OK, that makes sense, right? But what if we think about toys that can be used by all ages? I can, for example, easily envision a toy car for infants that has spots of Lego dots on it so that the 4 year old can have a Ninja driver on the same car he played with as an infant.

Think about the number of toys that have tracks. There are at least a dozen very popular such toys and every kid has one or two. But do any of these tracks and the vehicles that run on them interrelate. Not on your life! Why not? Are the producers so afraid that they will loose market share or have they just not gotten their heads out of their silos?

What about scale? Toys trains at least have a logical standard but toys are all over the map, size-wise. I think it would be really cool to design a doll house where both Barbie and Lego Ninja could cohabitate.

This sort of creative blindness is true in many industries but in the toy business it is particularly pernicious. That wouldn’t be a problem if it only impacted on the bottom line. But it has a much worse downside. Not only does it make toys usefulness much more of a short-term situation than is necessary resulting in huge waste, but it has an even greater impact on children’s thinking.

Siloed toys condition children’s thinking into narrow catagories instead of systems. Only toys of the same type can play together. Our Babie and Ninja will never go to the prom together.

On the other hand this blindness within the toy industry presents a huge business opportuinity. There is a niche for a new enterprise that offers a toy platform that creates leaks in the silos and provides a way for their own products and existing toys to happily coexist. In a way this almost becomes an open source system that would be transformative.